Being a member driven organization our members spoke and OPSEU listened.  As you may already know in 2008, Convention passed a resolution mandating that OPSEU implement a plan that reflects a more representative workforce. With that resolution passed, OPSEU embarked on the Social Mapping Project. With the help of the consulting group TWI Inc, OPSEU is completing a census. The Census initiative will collect statistics and demographics of OPSEU members and staff, to identify any barriers in policies, programs and services. This will provide invaluable information for forecasting and planning for OPSEU’s future and direction.

Come out ot the Meeting on 5 Nov 2009 at 5:30 to find out more about Counting Yourself In.  You need to be heard and this is how it happens.

Fill out your Questionaire here   www.twiinc.ca/opseu

December 6th National Day of Remembrance and Action on Violence Against Women. 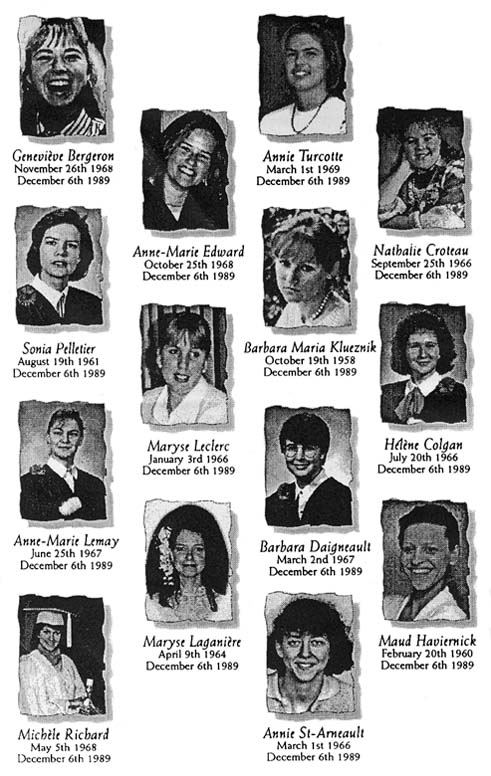 Twenty years ago on December 6, a 25 year-old man named Marc Lepine walked into the University of Montreal’s School of Engineering Building with a semi-automatic rifle.

Once inside the school, Lepine began a shooting spree during which he murdered 14 women and injured 13 others: nine women and four men. Lepine believed it was because of female students that he was not accepted to the engineering school. Before killing himself, he left an explanatory letter that contained a tirade against feminists as well as a list of 19 prominent women whom he particularly despised.

These women became symbols—tragic representatives—of injustice against women. Women’s groups across the country organized vigils, marches and memorials. There was an increase in support for educational programs and resources to reduce violence against women. Both federal and provincial governments made commitments to end violence against women. In 1991, the Canadian government proclaimed December 6 National Day of Remembrance and Action on Violence Against Women.

In November, the Census will be available at www.twiinc.com/countmein . Please visit the website in November and fill out the online form. For a paper copy, please contact OPSEU Direct at 1-800-268-7376.